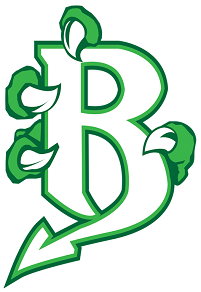 2021 Brick Twp Wrestling
The Dragons have a lot of experience, but unfortunately the numbers appear to be light down low. They do, however, have Gianna DeDreuz (Girls SCT Champ) and Chelsea Bautista (3rd Place Girls SCT) that could step in, but the room is otherwise light from 106-120.
At 126, the Dragons have promising freshman, Andrew Sherry. From there, the run of experience begins. There is depth/flexibility at 132-145, led by juniors Brady Rasnow, Dean Canfield, and Sean Zukowitz, who are all coming off double digit win seasons. At 152, 20-bout winner Allan Choback, a senior returns. With the depth Brick has before his weight, we could see him spend some time up at 160 to help fill out the lineup.
The upperweights could be a strength for the Dragons as they have five starters back in the final five weights, led by senior Hao Tang, a District 24 Champ last season, who is the returning wins leader.
Obviously, with the numbers being what they are down low, it puts the Dragons in a bit of a hole in the duals, especially with the brutal A-South schedule. It is that schedule though that should pay dividends for the veterans in the lineup who qualify for the postseason and look to have big runs.
Possible Lineup in 2021
Graduated in 2020